This week’s prototype is about mining, finding gems, and buying resources to mine more gems.

The pickaxe on the game has a durability count. Each hit decreases its durability. The mined gems are used to buy more durability for the pickaxe and to buy ladders. The character can’t jump, so the only way to get back to the shops is by placing and using the ladders. Mismanagement of the ladders can leave the player stranded deep into the mine.

Instead of 3D graphics, as in the previous weeks, this prototype relies on 2D sprites. The main reason for that is the technical implementation of the digging mechanic. Unity already has components and optimizations in place for handling big mutable tilemaps. If the game were in 3D, a custom mutable 3D mesh and chunk splitting would need to be implemented. The objective here is to prototype the core functionality of a game, not a specific visual representation, so it’s best to use off the shelf functionality as much as possible. 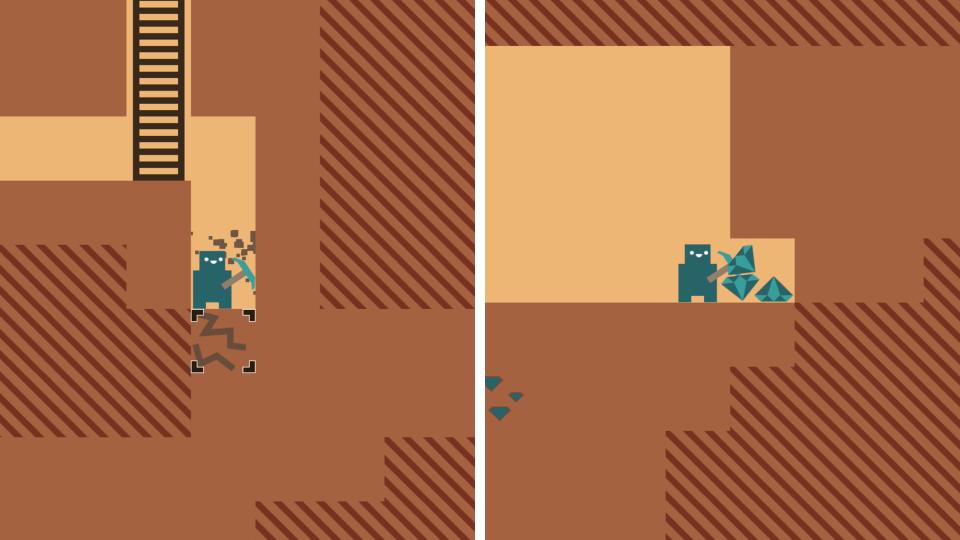 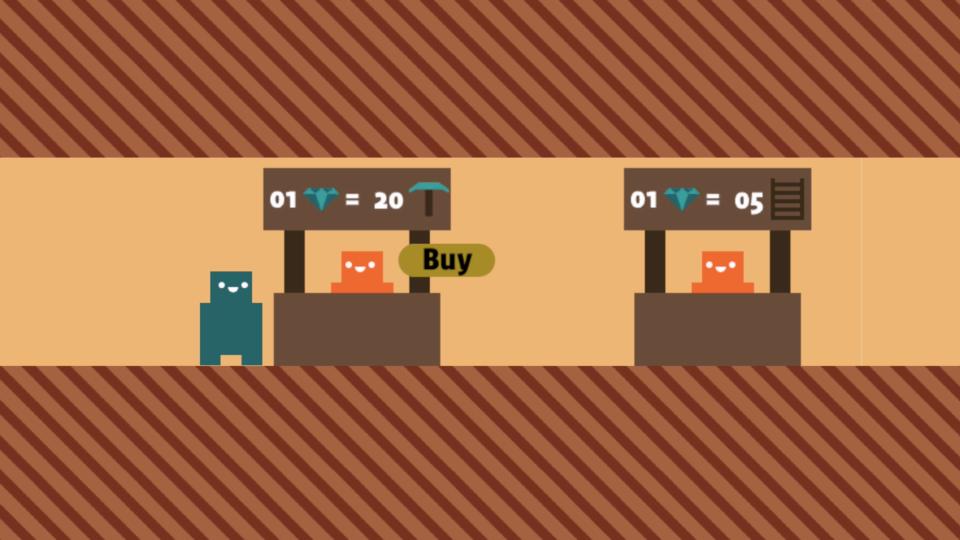