A prototype of card game with deck-building mechanics directly inspired by Star Realms. The prototype makes use of 3D cards and animated effects to guide the player through the flow of the game and the usage of resources.

The player starts with a deck of 10 base cards. When a card is played, it generates resources and effects. The gold points are used to buy new cards from the “Buy Row”. Those cards go to the discard pile together with the used cards. When there are no more cards on the deck, the discard pile is shuffled and becomes the deck. The attack points are used to damage the opponent or to destroy some special cards. When a player’s life reaches zero, he loses the game. 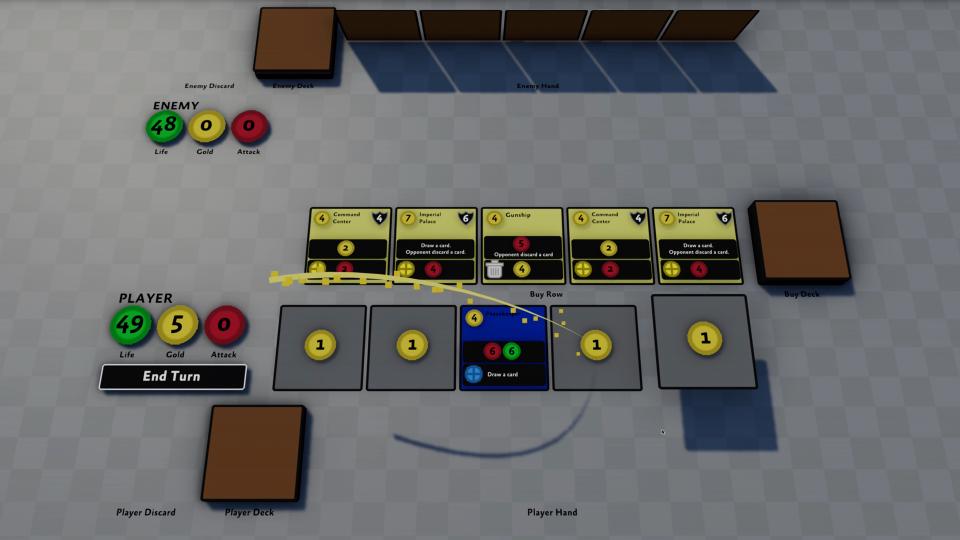 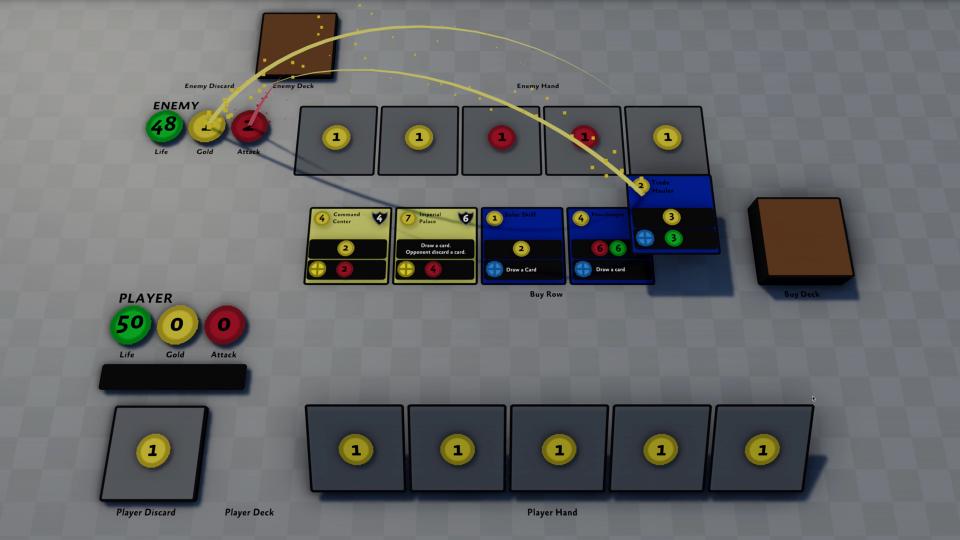