I worked on this project during my time on the MIT Senseable City Lab. The data comes from 15 months of phone calls in Portugal. The objective of the project was to see if there was a relation between the number of peoples phone contacts and the population size of cities in Portugal.

Contacts are defined here as when two phone numbers call each other regularly. On the x axis of the visualization, we have the population size of Portugal cities, on the y axis the number of contacts.

are selected cities, positioned according to their population.

To see the interactive version, open the site in a bigger window 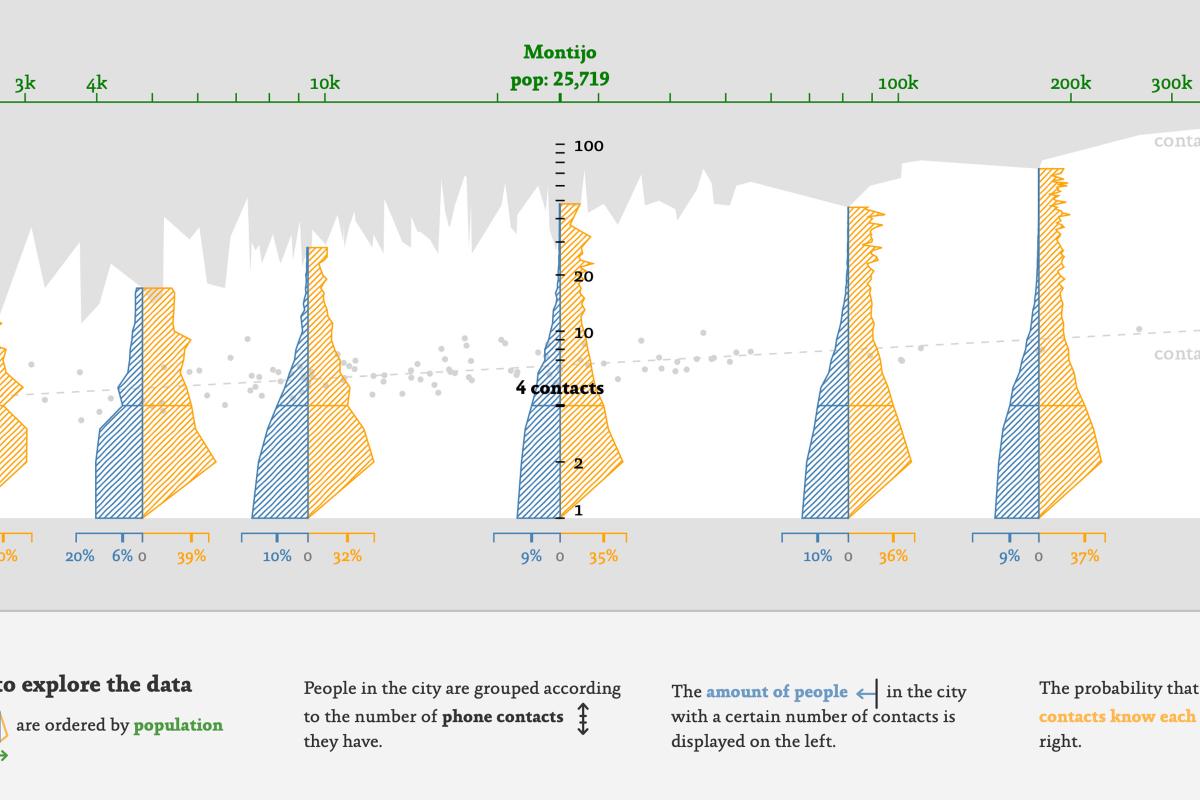 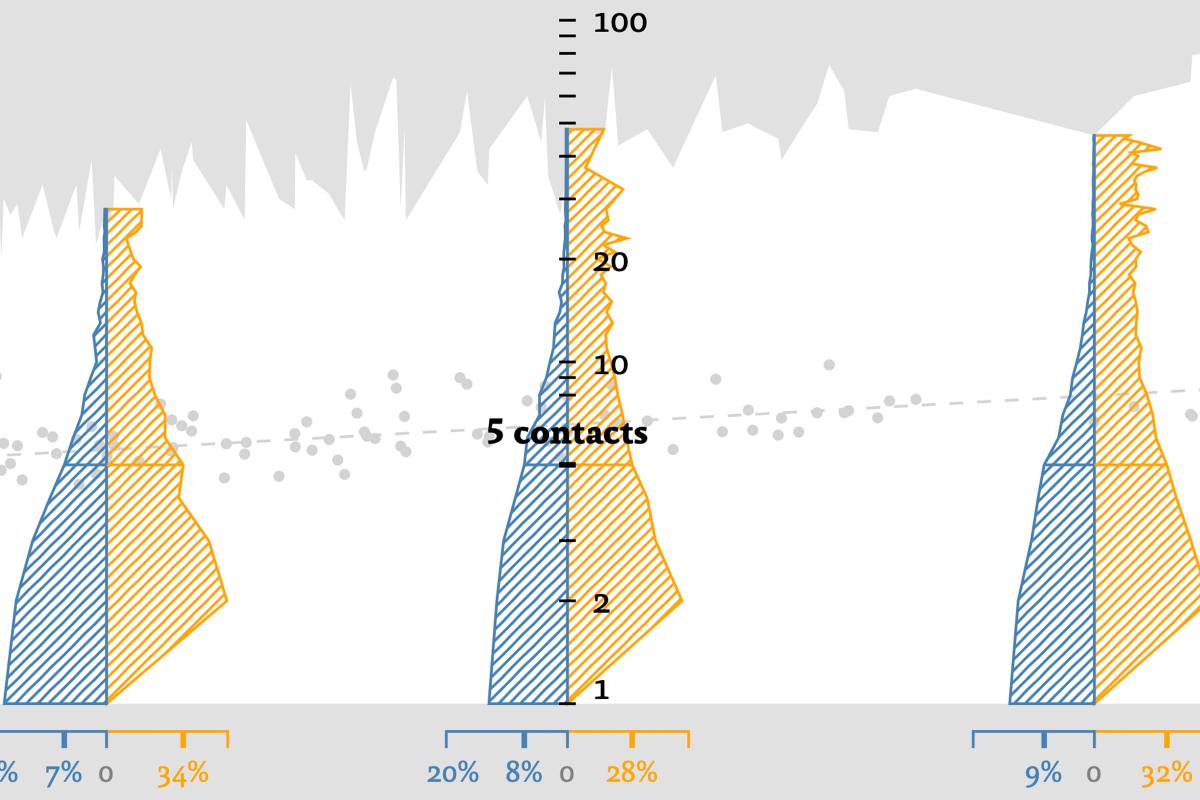 How to explore the data

are ordered by population size

The amount of people

in the city with a certain number of contacts is displayed on the left.

The probability that two of those contacts know each other

is on the right.