In 2013, I was approached by a Lebanon company to visualize their data on delivery logistics in Syria. They wanted to know how the war in the country was affecting its deliveries. Here’s one of the results of that project.

Hover the mouse to get more information, and to see the routes drawn on the map.

To see the interactive version, open the site in a bigger window 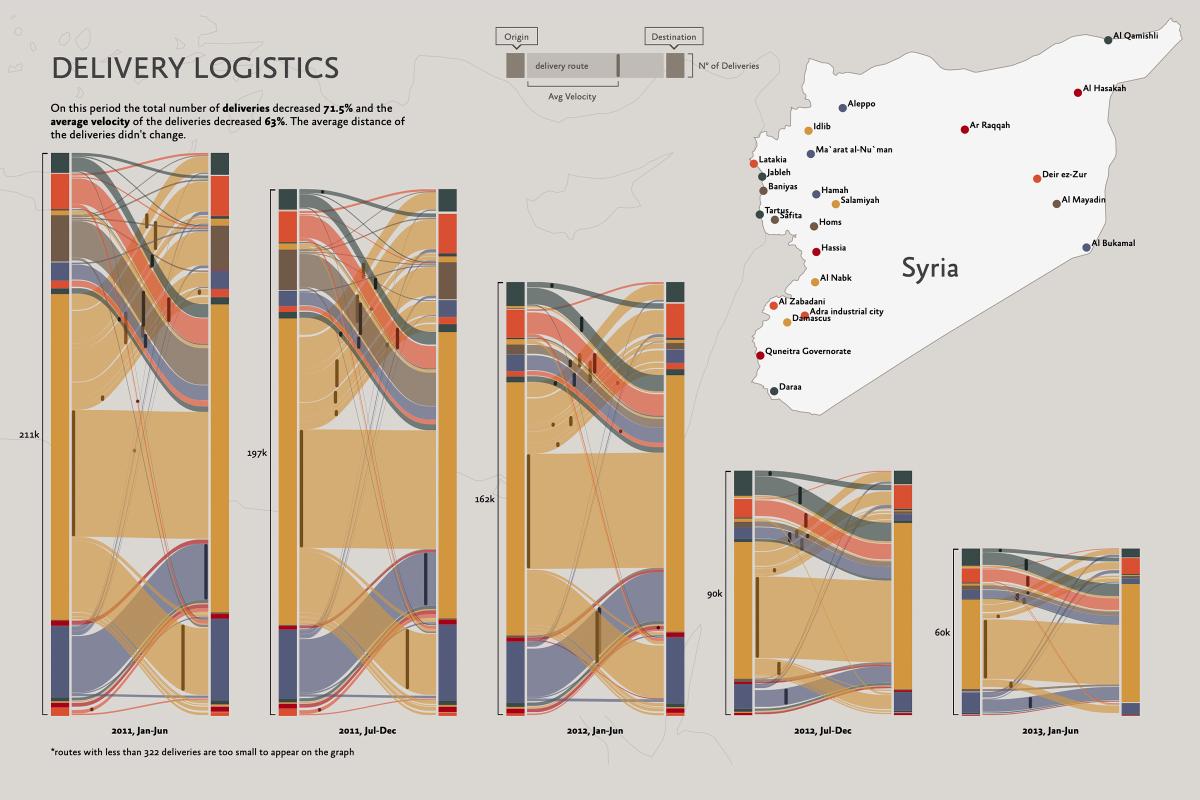 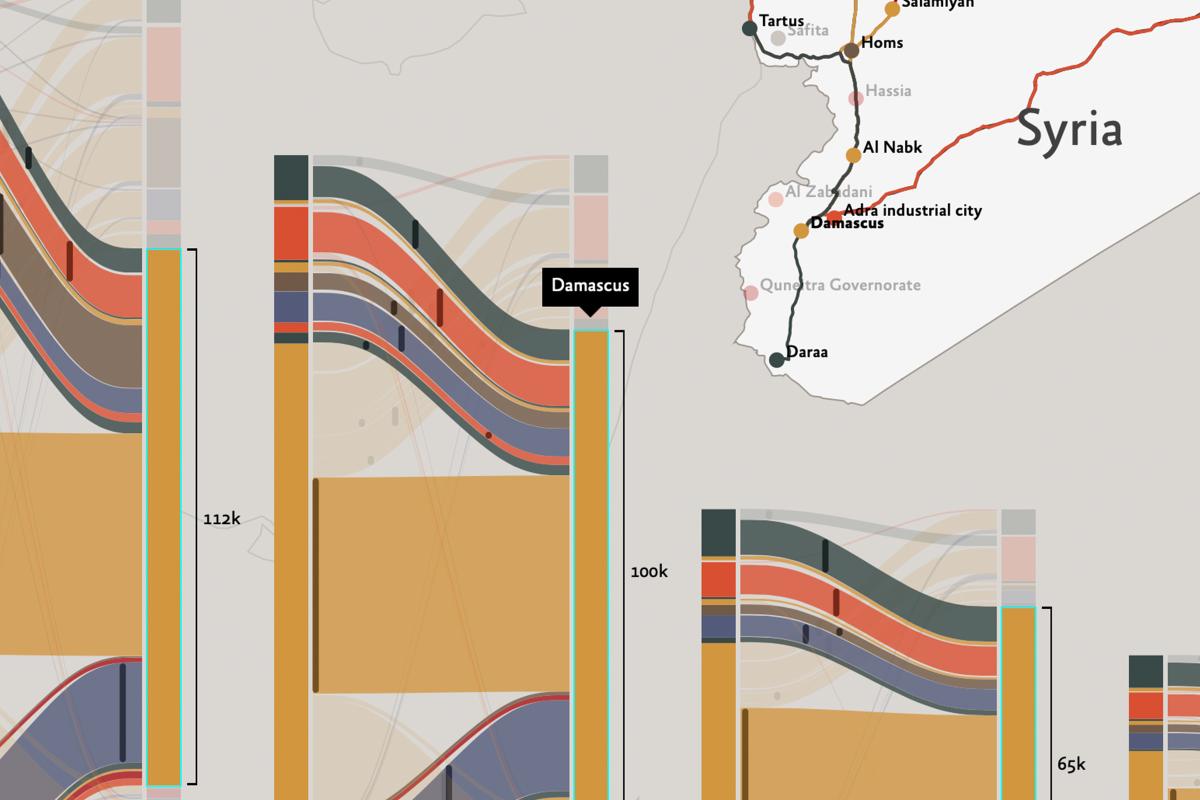